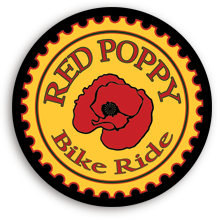 Last Saturday’s Scenic ride was really fun and again we had a great turnout.  We had 18 riders at one point. We all stayed together on our way to downtown and on the way back the group broke up into a faster and slower group.  This two group system really worked out well and we will continue to have a faster and slower group.  The faster group can go as fast as they can and the second group will be for those that just want a good workout but want to ride at a talking pace.  Both groups had a great time.

This was the first ride in a long time where no one got a flat also no one was left behind since we started with the two group system.  That being said on the way back group B noticed Allan was gone and it later came to our attention that he really needed a Cup Cake and stopped at the MyCupCake truck on the 620 for a carbo load.  So that did not count as being dropped.  That was an elected stop.  Next time you see Allan find out what kind of Cup Cake he got.

Another highlight for the Saturday ride was the Tour de France bikes being exhibited at MJ’s. It’s really cool to see how far the technology has come along since some of the bikes were made.  A final highlight was that Stuart and I really wanted to get a TOP 10 position on a segment and we went for it and accomplished our goal.  Good job Stuart.  That was an awesome accomplishment and really fun.

Get ready for our CAPTAIN AMERICA kits.  Our kits will arrive on April 28th or 29th.   The kits bestow super powers to anyone that wear them.  Keep your eyes peeled for an announcement.

REMINDER:  Check our calendar of events page out at www.steinerranchcycling.com as there are many awesome rides coming up. This upcoming weekend is the Red Poppy Ride and the week after is the SHINER ride which is really fun if you have not done it already.

SUPPORT:  Please join SRC in supporting Nate Aikele with his medical expenses at https://fundly.com/nate-for-the-win?ft_src=widget_campaign_card#  This is a real tragic story.  Nate got in a bad wreck at the Driveway on April 10th.  The details of his crash are in the link above as well as his medical status.

TIME CHANGE:  We will be starting our rides earlier when the weather gets warmer.   Historically we backed up the clock when the weather got into the solid 90’s so hopefully that won’t be for a while.  When we do back up the time what time would like to see the rides start?  7:30am or 8:00am or other?

If you are not doing the Red Poppy Ride please join us this Saturday for a local ride.  We will meet at Cups & Cones and vote on the ride for the morning.  The routes will vary between 40 – 60 miles and group A will average between 17 – 20 mph and group B will average between 15 – 18mph.  Just show up and we can figure out the best route based on the skill sets and interest of the group.  Please note that while group B will be riding at a reasonable pace it will still require that you have a certain level of fitness and it is still intended for experienced riders that are comfortable riding with a group.  There is no designated sweeper.

Jack & Adams and the Steiner Ranch Steakhouse host this great ride.  There is a beginner, intermediate and advance ride.  Distances range from 10 – 30 miles.  Afterwards stick around for half price brunch and music.  It is always a good time.  Wheels down at 8:30am from the Steakhouse parking lot.