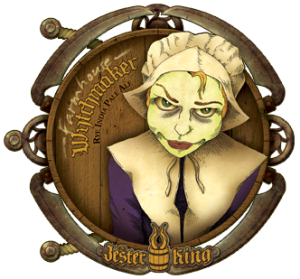 What a great weekend of riding!

The Saturday ride was crazy fun!  As many of your know we had our inaugural Jester King Brewery Club Ride and had an amazing 145 cyclists in attendance!

Dustin Dunnam – Had the ultimate hookup with Jester King Brewery and he also recommended that we contact Cycling Swami for support.
Phillip Strohl – Put us in contact with Scotty the club leader of TRG and that is what really got this ball rolling.
Michael Bowker – Of Cycling Swami provided professional support services and made sure we all were safe and had plenty of fluids.

What started out to be a SRCC and TRG ride ended up being one of the largest club rides in Austin with Steiner Ranch Cycling, TRG, TacoDeli, Bat City Cycling, Lake Travis Cycling, Seton, Austin Cycling Association, Cycling Swami’s Meetup Group, Bazaar Voice Cycling, Los Duros, Violet Crown, 787 Racing, Flyers, Austin Energy, and many others in attendance.  While this was not a race Andrew Struck was the first one to roll into the brewery averaging 20.5 mph over 55 miles and 4,000 of climbing.   I have been getting emails from all sorts of people wondering when we are going to do this again.

The Sunday ride was fun and we did the Tour de Steiner Ranch.  Pretty much everyone that showed up for this ride was a new rider to the group.  While it was a smaller group than normal we still had a great time.  Brice Shelton had 3 Flats in 24 miles which is more flats than was reported for 145 cyclists over 55 miles which is a total of 7,975 miles.  Hope you got that all worked out Brice.

Bicycle Train for Kids – As many of you know traffic is ridiculous in the mornings when school starts.  Parents are driving their kids in most cases less than 1 mile to school.  What happened to those days when we were growing up when we walked, skateboarded or rode our bikes to school?  Most of us had recess before school too so we got plenty of exercise before the day even started.  Today we pack up our kids and put them in our cars and drive 1 mile and sit in traffic and then they go directly to class.  According to Department of Transportation over 29% of the traffic on the road during commuting hours is travelling less than 5 miles and I’m positive that % is much higher around our elementary schools in the morning.  Why is that?  Well someone can write an article just on that topic alone.

The purpose of this announcement is that David Tamez and I were talking about the idea of Bicycle Train where every morning an adult leads a bike train from a certain location at the same time and leads them to school.  Parents and kids can join the train at any location along the way too.  If we built up critical mass and got people involved this would be a safe and healthy way to get kids to school every day.  In order for this to work we need a bunch of parents to rotate leading the train to and from school and we need to promote it within Steiner Ranch.  At this point I want to know who thinks this is a good idea and if we did something like this would you would be interested in helping lead a train even if it was once per month.  This is one way of making the world a better place for future generations.   Email me if you like this idea and if we should make this happen in our community.

Bicycle for Sale – Ben Wheatley has a brand new, 2013 Orbea Orca Silver frame, 55cm, for sale shortly. The bike is Matte black and silver and if you are interested in learning more please contact Wheatley, Benton (bwheatley@munsch.com)

This ride will leave from Cups & Cones at 7:30 am and heads out towards Lakeway over the dam on 620 and then we make a right on Lakeway Blvd  and then left on Highland then right on Bee Creek Rd. all the way out to Pedernales and back.   It is about 45 miles round trip and over 3,000 feet of climbing.

As always we will do our best to keep the group together but there is no designated sweeper for this ride.  I typically bring up the rear but that pace is still about 15mph + average and the faster riders will be averaging 20mph.

Below is a link to the map of our ride.

This ride needs no further introduction.  This is the largest century ride in the Country ridden during the hottest day of the summer.  I have no idea why anyone in their right mind would want to do this ride but there are over 10,000 participants and thought it would be worth mentioning.   http://www.hh100.org/

STEAKHOUSE / JACK & ADAMS RIDE – Sunday August 25th at 8:30am at Steiner Ranch Steakhouse (get there by 8am)

On Sunday August 25th the Steiner Ranch Cycling Club will be riding on the Jack & Adams / Steiner Ranch Steakhouse Ride.  The ride begins from the Steakhouse and leaves promptly at 8:30am so we recommend that you arrive at 8:00am.

The ride is out to Crystal Falls golf course and back and there is a beginner, intermediate and advanced ride.  The distance is about 32 miles round trip.  They will have a ½ priced brunch and live music after the ride.  Again there is a ride for everyone.  Even if you are a beginner they have a 12 mile ride and it is a NO drop ride.

TOUR DE CURE – Sunday September 8, 2013  This is going to be a really fun ride and most of our group is doing it. We have over 120 riders now and raised over $26,000 for the American Diabetes Association and finding a cure for diabetes.  Packet pickup will be at Cups & Cones on August 24th.  Jerseys and packets will be handed out between 11am – 4pm

RIDE AMERICAS – Saturday August 31, 2013  This ride is going to be a great opportunity.  You will be able ride the Circuit of the Americas on your bike.  Do as many laps as you want in 3 hours.  Register at www.rideamericasnow.com

LIVESTRONG – Sunday October 20, 2013 We have our LiveStrong team set up as well and if you want to get a head start on your fund raising and training for this event as well you can join our team at http://laf.livestrong.org/goto/Beef  They will be doing the same course as last year.